What is Android P? Android P is the newest version of Android that includes a lot of innovative changes, like the possibility to connect a mouse or keyboard to our device or the latest technology in Wi-Fi, the Wi-Fi RTT.

Nobody knows the real name of this version right now. They announced it as “Android P” but people say that it could be “Pie”, “Pumpkin pie “or “Pecan pie” because all versions are named after sweets with the first version being Apple Pie and the last one Oreo. Each version starts with a letter of alphabet, Android Apple pie, Banana bread, Cupcake… so the name is a mystery.

The release date isn’t concrete, Google say that it will be between August and September, but the according the news it could be as early as 16-18 May.

Right now, Android P for developers will just run on Pixel, Pixel XL, Pixel 2, and Pixel 2 XL or the emulator.

Developers that have tested it say that it seems like a new OS.

Some of the new features that Android P will bring us include:

– Messaging Style and other notification updates

The most notable change is a simplified notification bar, where the user can choose from intelligent messages created by the OS without opening the app.

The menus are also more colourful and there is sharper text with transition animation. These features give Android devices a fresh touch.

Developers can have access to each device camera to make a powerful streaming. For example streaming two screens (one of frontal cameras, and the other for the back camera.

Android added a support to run this type of screen because a lot of device makers imitated iPhoneX’s screen.

A new system to locate inside buildings, calculating the range between near Wi-Fis.

This new technology has brought a new map to locate your position when  you are indoors, for example in a supermarket or station.

Android P provide us with a more efficient system that has a longer battery life as a result.

– More security on our devices

The privacy has been improved by restricting mobile operations, for example when the device is on standby, not all applications can have access to the microphone, files, camera etc

Android is a great OS for mobile phones and in the past its focus has been mainly on mobile device, neglecting the tablet market.

The latest update has brought an improved update for tablets. 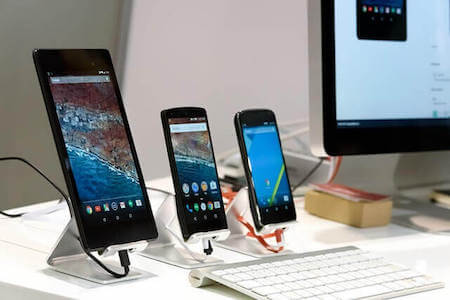 This version will be a revolution in android with lots of improvements from the last version.

The visual changes such as interfaces, widgets and icons mimic iOS. The new version is more intuitive and easier to use, providing a better user experience. Android already has the largest market share and is trying to be the operating system of choice for all.

Benefits of Learning to Code

What is JSON & When to use it
Scroll to top