Bermotech offers live online and in-person Coding Courses and Tech Camps for Teenagers and Children during the school holidays as well as term time.

As with any acquisition of special skills—foreign languages, musical instruments, sports—we believe that the best coders start at an early age. Teaching young people to code transforms them from passive users to technological innovators. 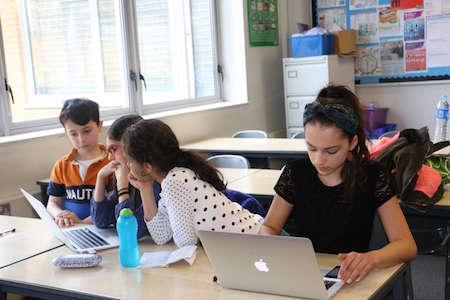 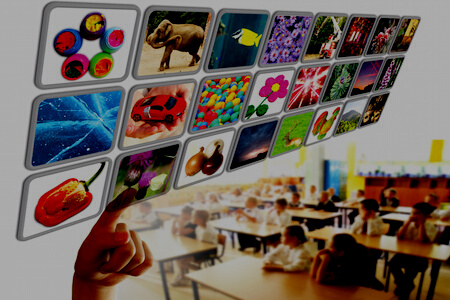 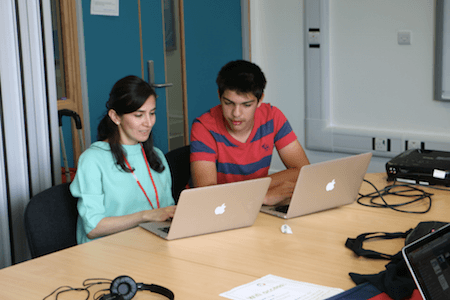 Can learning to code really help my child’s future career?

There are over half a million computer programming jobs in the US and the UK, and those sectors are projected to continue to grow by 20% over the next ten years.
Even if your child hasn’t expressed an interest in becoming an IT professional, he or she still stands to benefit from learning how to code. No matter which field your child pursues, he or she will be expected to know how to interact with technology.  With the introduction of Computer Science GCSE more students will be equipped with the necessary skills for the future.

Have other children learned to code?

Many successful businesspeople learned to code when they were children. In fact, you may know some of them: Bill Gates, Paul Allen, Michael Dell, Larry Page, and Mark Zuckerburg all began coding as youngsters. Other technology superstars such as Marissa Mayer (one of the first employees at Google, and now CEO of Yahoo!) and Jeff Bezos (founder of Amazon) did not learn to code as children, but had a love of technology from an early age, and both went on to graduate from Ivy League universities with degrees in computer science.
While your child may or may not want to become a professional coder, learning the skill is just as essential as playing a sport or mastering a musical instrument. By learning to code from an early age, children expand their horizons and increase their skillset – all of which are needed to become well developed children and successful adults.

What if my child doesn’t want to go into IT?

Computer programming is much more than learning how to understand and write code. By learning to code from a young age, children inherit a whole host of secondary skills that are beneficial to any career.

Benefits of learning coding at a young age

PROBLEM SOLVING
Whether it’s understanding why a program won’t run or learning how to debug a program, problem-solving is a huge part of coding. Learning how to resolve technical issues often involves conversations, reading how-tos, practicing logical thought and troubleshooting, all of which are transferable skills.
CREATIVITY
While coding may seem like a mix of symbols – slashes and colons, to name a few – coding actually allows children to express their creativity. By learning to code, children can make anything from puzzles, stories with animated illustrations and interactive games; the creative possibilities are endless.
LANGUAGE ACQUISITION
Computer code is not the mystery it appears to be; rather, it’s merely a foreign language. By learning how to read, write, and run code from an early age, children are really acquiring a second language – and one that can help them learn other computer languages easily in the future.
CONFIDENCE
Children are quick to understand that they live in a digital world, and they’re even quicker to understand just how all of the technology around them works. When they learn to create code of their own, they are no longer passive recipients of the technology around them, but drivers of the digital age.. 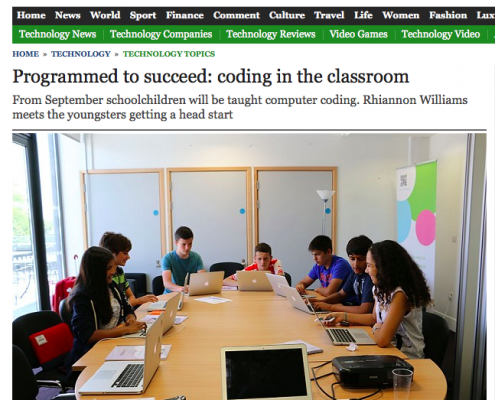 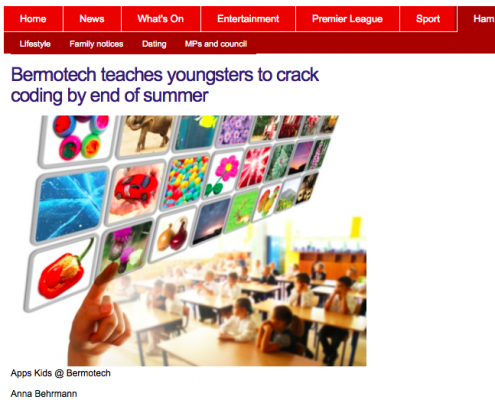 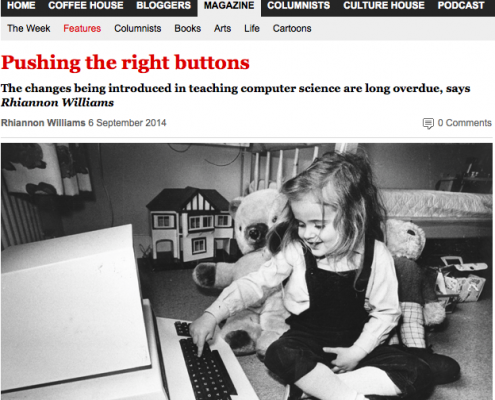 For more information about coding for children and teenagers please call or email us.